Geektime is the largest international tech blog located outside the U.S., focusing on global innovation and highlighting startups from across the world. In addition to our in-house content, Geektime’s startup contributor network provides a voice to non U.S.-based startups, which comprise some 80% of the global startup market. We are their primary voice to investors, entrepreneurs, fellow geeks and tech enthusiasts, helping them cut through regional boundaries and compete in the global marketplace.

Since June 2013, Geektime.com has ensnared the startup and technology world by providing them with their daily fix of news, updates, and articles on various topics in technology; quickly becoming a withdrawal inducing morning, afternoon and evening vice for its readers; even trumping coffee in many independent studies as the first thing tech inclined individuals must have before starting off their workday. Geektime boasts a reader base of more than 500,000 unique visitors a month. These are die-hard tech lovers who know their devices, companies and technologies – and Geektime is their trusted shady source for everything Geek.

In addition to covering the technology sphere, Geektime, based in Tel Aviv, Israel, is also a partner and contributor for many of Israel’s leading tech events, providing front and center media coverage of the latest and greatest coming out of the Israeli startup, IT and entrepreneurship scenes.

Co-Founder and CEO of GeekMedia, the parent company of Geektime.com. Moran is an entrepreneur with many years of experience in high-tech, including an extensive background in storage, communications and social media. Bar participated in large, web based projects like 2eat and she is a certified attorney with specialties in private law and technology.

Co-Founder and Chief Editor of Geektime. Before founding Geektime, Yaniv managed a team of IT professionals in advising large and small companies on infrastructure, large systems management and information security. In addition, Yaniv previously wrote for a variety of magazines and newspapers on technology, Internet and gaming. Yaniv holds a Bachelor’s degree in Business Administration from the University of Derby, as well as a Most Valuable Professional degree from Microsoft in information security.

Laura is a social entrepreneurship enthusiast: This is what happens when a former social worker becomes a tech journalist. Her writing has covered technology, peace and justice issues, cultural topics, and personal stuff, and has been published in the Atlantic, San Francisco Chronicle, Jerusalem Post, Mic (formerly known as PolicyMic), Times of Israel, AlterNet, Oakland Tribune, Walla! News, Jewish Exponent, and of course, Geektime (one would hope…otherwise who knows what she’s been doing on her computer all day long). Before Geektime, Laura was an editor at the Jerusalem Post and Mic.

Gabriel has an unhealthy obsession with new messaging apps, social media and pretty much anything coming out of Apple. An experienced security and conflict consultant, he has written for the Diplomatic Club, the Marine War College, and covers military affairs with TLV1 radio. He mostly enjoys reading articles wherever his ADD leads him to and training Brazilian Jiu Jitsu. EEED 44D4 B8F4 24BE F77E 2DEA 0243 CBD1 3F7C F4B6

Gedalyah is a seasoned writer who has covered the political scene and Middle East for years. He is testing the waters with tech and is extremely funny, good looking, and not single.

Editor of Geektime’s original Hebrew site. Former technology reporter for Nana 10 and founder of the Macoverage blog, a blog focusing on the Israeli Mac community, which remained active for more than three years before closing its doors in October, 2011. Roy holds an MA in Criminology and Law from Hebrew University, and is a former lecturer for the University of Haifa’s Bnei Brak branch.

An experienced web developer, gadget freak, rebel and lover of everything to do with Google, Android and open source. Avishay‘s main job at Geektime is to manage its products and dismantle new toys that make their way into the office and then write about them. How awesome is that!

Yaneev lives and breathes tech ever since the ZX Spectrum days, and is in love with every form of gadgets, especially those that connect via USB and/or call him “daddy”.

Hila is a blogger who enjoys researching the wonders of the Internet and spending many hours in front of the computer, particularly in the search of magnetic gadgets that improve one’s quality of life.

Responsible for fixing the bugs he first created.

Author of the book How To Fight For Your Goals: Social Combat Theory and the SocialCombatMedia.wordpress blog, founder of Cluboom.com and former senior writer for Blonde 2.0. Schneider is an orthodox Jew, husband, father, martial artist, writer, speaker – overall Jack of all trades and a master of jack (but working on it).

Lover of gadgets, apps and technology in general. Somehow among her many activities, which include destroying cellular devices for the sake of science and an obsessive preoccupation with social networking, Idan finds time to write an article or two for Geektime on new applications, promising startups and product reviews for pretty much every new gadget that has ever hit the market – ever.

Simona is an old-school journalist who recently decided to pivot into high-tech. Simona works in high-tech marketing as well as print and broadcast media covering politics, business culture and everything in between.

Olah Chadasha and former finance reporter from New York City. Gat is a writer, runner and traveler who came to Israel for the good food and weather. She writes for Geektime’s English and global desk.

For any inquiries, clarifications or a succinct unifying theory of everything, please email us at info@geektime.com. If your inquiry is about advertising or sponsorship on Geektime.com or at a Geektime event, please send us an email at advertise@geektime.com.

Feel free to join us on Facebook, Twitter, RSS and/or You Tube – provided you have meditated for a minimum of six years on the slopes of a Tibetan mountain range on what it means to be a Geek. If you have not fulfilled the minimum requirement and you join us anyway, know that we know, and we’ll be watching you. 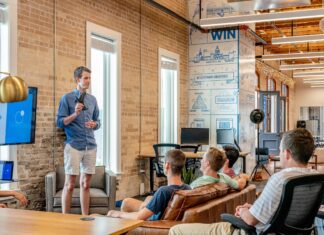 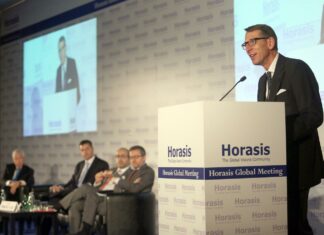 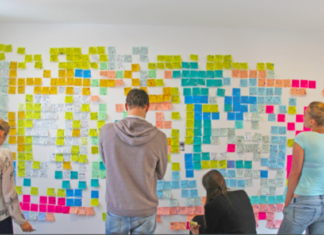 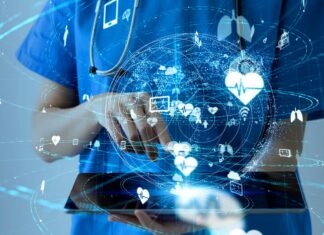